January – Angela Merkel will, by default, become Leader of the Free World on January 20, the day Donald Trump takes the oath of office and, in so doing, extinguishes the honor and respect that has, for over two centuries, been accorded the American presidency.

February – After receiving an unprecedented fifteen Oscar nominations, Sausage Party will disappoint its many fans and take home only one award: Best Supporting Actor for Alistair Abell for his dual voice-over roles as Mariachi Salsa and Gefilte Fish.

March – Justin Bieber, who in 2016 denied widespread rumors and headlines in the National Enquirer that he’d had his penis insured for $5 million, will, following a sold-out performance at the Spectrum Center in Charlotte, North Carolina, be busted by local authorities in a men’s room for having been born with a vagina.

April – Tiger Woods will return to the limelight at the Masters in Augusta by winning his fifteenth major in a sudden-death playoff with Jordan Spieth. Detractors will claim that Woods’ miraculous comeback is the result of his being given access to Area 51 by his Florida neighbor, President Trump, and reverse-engineering alien implant technology to refine his swing.

May – Sting will throw a bash at his Tuscany villa at which he will both announce the kickoff of his 40th anniversary reunion tour with The Police and bring to a “final climax” the tantric orgasm he’s had going since his surprise 60th birthday in October 2011.

June – Donald Trump will sign into law the “Tax Reform Act of 2017,” which will eliminate taxes on capital gains, inheritances, and corporations, while doubling the income tax burden on middle-class individuals and families. President Trump will hail this landmark bill, the first of many legislative triumphs during his first year in office, as being “hugely budget deficit neutral.”

July – On the Fourth of July, Tyrone Skaggs, a finance major at Montana State University, will be briefly detained on suspicion of arson after lighting a Roman candle that, owing to a chance coalescence of unseasonably dry conditions, high winds, and bad luck, incinerated the entire town of Two Dot, Montana (pop. 143) including the community center, the Stop ‘n Go, and Manny’s Interior and Design just off Route 12.

August – Ivanka Trump will announce the introduction of “ladies’ plus sizes” in her fall collection to be sold exclusively at Wal*Mart Supercenters. This addition to her growing fashion empire will be kicked off with a multimedia marketing blitz featuring full-figured celebrity spokesmodel, Rosie O’Donnell, who reportedly has been seeing her new employer’s mother, Ivana, “socially” since the first Republican debate in August 2015.

September – After having resided in the White House for three months over the summer, Melania Trump will return to New York so that her son Barron can continue his schooling at Columbia Grammar and Prep. This will fuel rumors about the demise of the Trump marriage. 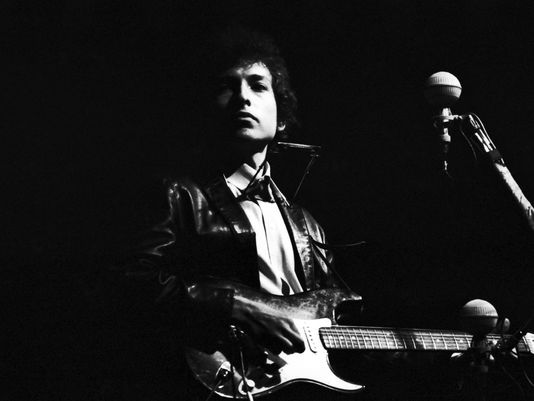 October – The Nobel Prize for Literature will again be awarded to Bob Dylan, this time for works completed after he went electric.

November – The Chicago Cubs will repeat as Major League Baseball Champions, winning the World Series in seven games against the Toronto Bluejays after playing the entire series in a neutral stadium (at Brigham Young University) in response to protests by Canadian fans who expressed a fear of attending games in Chicago in light of the city’s 2017 homicide count which had reached 3,000 by the end of the regular season.

December – President Trump will attend the December 14 European premier of Star Wars VIII in Prague during a scheduled stop on a five-day whirlwind tour through Eastern Europe dedicated to shopping for a new wife.