My first Woody Allen flick was 1969’s Take the Money and Run, and I’ll never forget the flashback in which his character, Virgil Starkwell, carrying a chair in one hand and a cello in the other, struggles to get a few licks in during a parade with his high school marching band. It was sheer slapstick genius. And while the slapstick pretty much ended with Love and Death in 1975, Woody’s genius lives on.

Woody, of course, has his detractors, and even his fair weather fans will tell you he all but exhausted his gift during the 70s and early 80s on classics like Hannah and Her Sisters, Manhattan, and Annie Hall. Willy Mays, the argument goes, disappointed fans and embarrassed himself by playing two, maybe three, seasons too many; with Woody it’s been two, maybe three decades.

For sure, those decades yielded forgettable fare like Scoop, Celebrity, and Hollywood Ending. But they also gave us minor masterpieces like Crimes and Misdemeanors, Husbands and Wives, and Bullets over Broadway. No prolific artist has ever had a solid string of hits. There are no doubt musty trunksful of middling Picassos out there; and raise your hand if you’ve ever heard Beethoven’s Fourth.

Then there’s the last dozen years. 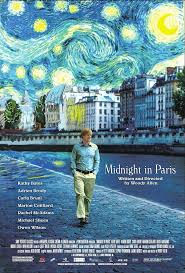 For those convinced Woody went astray during the Reagan administration, I invite them to consider (or, better yet, screen) Matchpoint, Vicki Christie Barcelona, Midnight in Paris, and Blue Jasmine. All critical and commercial successes, each unique in theme and tone, these four gems earned the Woodman three of his sixteen career Oscar nominations for best original screenplay and a celebrated win for Midnight in Paris. Of course, what’s truly remarkable about these films is that they were all made when Woody was in his seventies.

Woody’s films have always offered a unique perspective on the human condition, especially our fascination with love and death. His latest, Café Society, is no exception, and made my jaw drop a good half-dozen times when some small notion I’d always held close to the chest was revealed as a universal truth. For me, even one such moment has always been worth the price of admission to a Woody Allen movie and one more than I could expect from a summer’s worth of Hollywood blockbusters.

I attended a writing workshop back in the late nineties during which a discussion about Woody led to a unanimous revelation among those present that each of our hearts skipped a beat once a year on the day we first learned about the newest Woody Allen release. Mine still does, and I hope Woody keeps making movies long enough that it always will.

Note to readers: Since penning this piece in August 2016 Woody’s first ever TV series called Crisis in Six Scenes was released on Amazon. I bailed half-way through the second “scene.” Suffice it to say it stank. Big time. The fact that he worked on this series and Cafe Society over the same period restores my belief in schizophrenia.

I’ve picked ten out of the forty-seven features that Woody both wrote and directed over the past fifty years that scored between 70% and 80& on Rotten Tomatoes. These are second-tier Woody: not top shelf (like Broadway Danny Rose at 100%) but much superior to his lesser efforts (like Shadows and Fog at 50%). Choose your favorite among them, and also feel free to leave a comment with your own picks. Once you’ve chosen, make sure to hit the vote button.